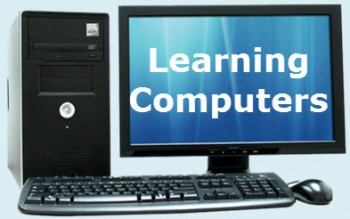 This is an intro to a series of articles that hopefully you will find both entertaining and educational.  In them, I will tell you about my experiences with computers, the different types of programs that interface with the internet, how hackers and thieves try to trap users and how to avoid them, along with a lot of other pertinent information. Because of the scope of the series, many of the topics might already have been explained on this site in different or better ways but I will be presenting them in a continual flow, focusing on the “newbies” and advancing to the more experienced users.  One goal is to describe a number of “how-to” tips for the computer, another is to help make new users safe but a large goal is to teach them the potential a computer has. Many people are afraid to use the computer because of all the threats they hear about, or because they fear they may break something. Among other things, I hope to help them overcome those fears. The series will be broken down into multiple categories:

I have always had an interest in electronics. I love investigating all things electronic and nothing is better than computers. In my opinion, computers are the ultimate electronic gadget.

Read More :   How to Access the Control Center Within Apps on the iPhone

I built my first computer in 1976 and it was really nothing more than a box with switches, so you can imagine when the first retail model appeared I thought it was as good as it was going to get for a long time to come. Wow, was I wrong.

My evolution in computers is a personal evolution, and does not include all computer events at the time.  Mine, went something like this.
In 1977 I started using the TSR-80 4K Ram computer that reset ram every time you turned the computer off.  There were no Disk Operating Systems like we have now.  The entire system resided in ROM.  (Read Only Memory)

I added a Radio Shack Tape Player to store the data serially so I could save whatever I wrote. To save on tape expense, you tended to store several programs or stages of programs on the same tape. That meant if the program you wanted was the 25th item on the tape, you had to Fast Forward until you got there. Knowing the exact number of the start and end of each program was essential because listening was really out of the question, it was just a bunch of squeaks and squeals which was really hard on the ears.

Imagine trying to write programs when the total available memory was 4K… that’s right,4000 bytes. You had to think ahead and minimize your code, and as one computer guru put it at the time “If you can’t write a solid functioning program in 4k you don’t know how to code”.  Well boy, have times changed.  A single install of Windows 8.1 runs between 10.6GB to 13GB depending on the version.  My current computer has 32,000,000,000, a full 8 million times larger.

The next move was to purchase the Radio Shack Color Computer. Affectionately called the COCO1. All you needed was the computer and a television and you had full color. I was able to upgrade the default 16k Ram and, with expansion packs, go to 48k. Around 1981 I eventually bought the COCO3 and moved to 512k.

Read More :   How to Stop Apps from Updating Automatically in Marshmallow

During that time Radio Shack introduced the 5.25″ TTRS-80 Mini Disk. That brought computing to a new level in my life. Even though you could only write on one side of the disk, you were able to daisy-chain 4 Mini Disks. A few years later, they came out with “Flippy Disks” which got their name from the ability to flip the disk and write on the other side, thereby, doubling you storage space. ROM made for very fast boot times but very small operating systems. Disks allowed you to store very large amounts of data and I felt I was pretty much at the height of my game, but then along came Windows.

I certainly don’t knock lovers of Apple or Linux systems, I have used both, and they are very strong and in some ways better operating systems, but my first love was Windows and still is. It has taken almost 32 years to go from Windows 1 to Windows 10. A lot of time in the electronics world but not that much considering all the different variations of Windows released during that time. If you include the one-up versions like “ME”, “Vista” “Media Center” and so on, there were actually 21 full versions and a host of sub editions like separate 32bit, 64 bit, and versions from Home, to Ultimate. 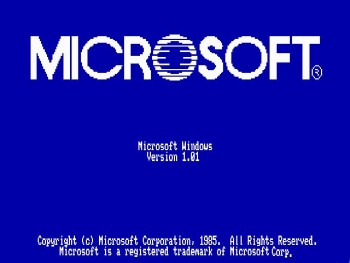 Back to the Present

There was a lot of stuff that happened during Windows 1 to now, and it has all led me to a place to where I feel capable of passing some knowledge on to others. This post is just a way to introduce this series and I hope you will recommend it as a series to go to for computer knowledge for your friends. For some time now, helping Veterans and retirees discover their computers has been a passion of mine. Many of these people sidestepped the computer world, obviously not for lack of intelligence. Whether by choice, chance, or circumstance they all have avoided computers and now find themselves surrounded by them.  I just read the article by Jim Hillier here on DCT called “We Need to be More Proactive in Protecting Elderly Computer Users ” which touches on the subject.

Now, these individuals live in a world where it has become very hard not to need a computer for something. Keeping in touch with family, using a smartphone, or trying to figure out the computer and navigation systems on a new car is only a part of the “in your face” exposure they are now facing. I look at computers as a way of allowing the disabled or infirmed a chance to explore the world, shop, bank, and do a million other things online.

The following posts will do just that. I will be giving you tips on safely downloading free files and making your computer more than an expensive Solitaire game. The tips I post, will hopefully, help everyone of every age but my focus is to help those that are being taken advantage of by online scams, and those that are too afraid to do much more than email and visit Yahoo. Please, help me, help them, by directing them to this site and series. They might not get here without your help.

How To Disable Continue Shopping In Opera

How To Send Google Photos In Email